The current Iron Builder battle has been producing some fantastic builds and the latest entry by David Hensel is definitely one of my favourites. The Enigma machine built by David is a LEGO replica of the German military model used during and after the Second World War. 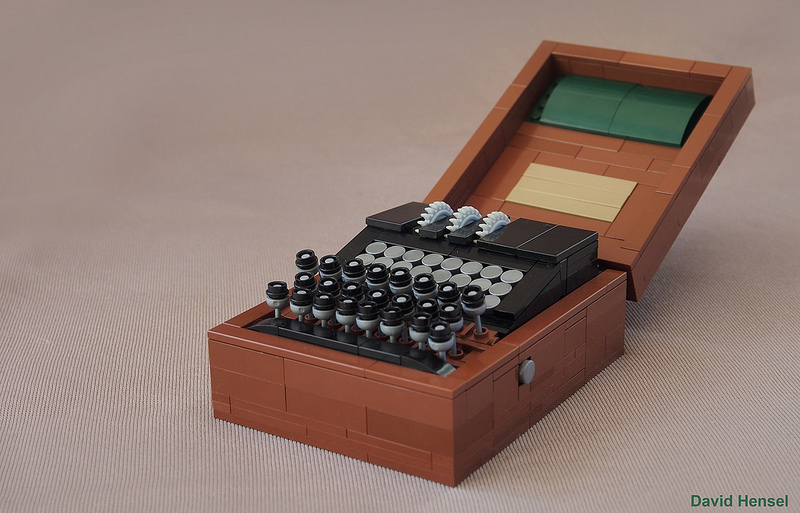 The Enigma machine is a combination of mechanical and electrical subsystems. The mechanical subsystem consists of a keyboard; in David’s model this is the main area using the Iron Builder seed part, the Fencer’s Foil. There are also a set of rotating disks called rotors (Technic Gear 24 Tooth Crown) arranged adjacently along a spindle, and a method of ‘stepping’ to turn at least one rotor with each key press (1×1 round tiles).

David, can you just whip up a quick LEGO British Bombe to help decipher your LEGO Enigma machine please?