I’ve traveled to New York City five times in the last two years for work, and it has quickly become one of my favorite cities in the world. I’ve spent most of my time indoors in museums, but I’ve also admired the city’s wonderful architecture — the pinnacle of human art and engineering. LEGO recently sent us a copy of the forthcoming LEGO Architecture set 21028 New York City. 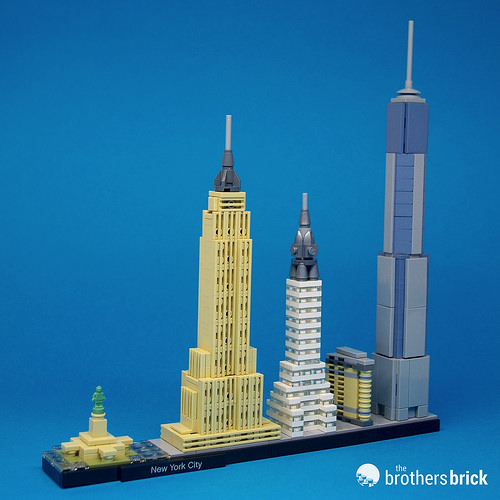 SPOILER! There are a variety of very tall buildings in New York City. Oh, sorry, I’ve gotten so used to writing LEGO set reviews about The Force Awakens that it’s hard to break the habit. 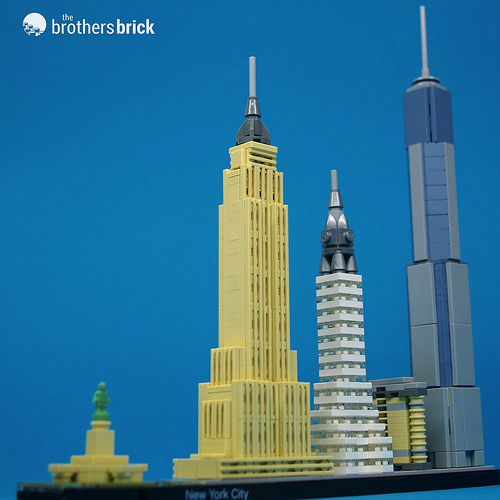 Like LEGO Ideas sets and other LEGO Architecture sets, the set comes in a solid storage box with a sturdy instruction booklet that includes write-ups about each structure.

After building the base, with its printed “New York City” tile, you build each structure on the base from left to right.

The Statue of Liberty is adorable at this scale, even if not particularly accurate with a sand green micro-fig. The 1×1 round plates in her base actually “float” on the olive green 1×3 tiles that represent Liberty Island, surrounded by trans-clear tiles for the Hudson River. 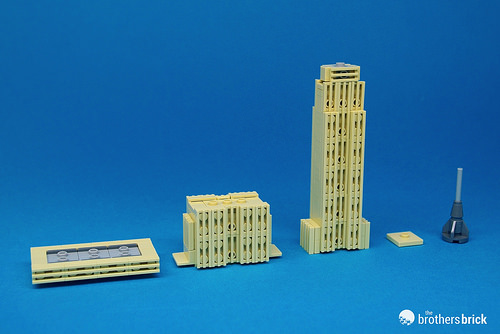 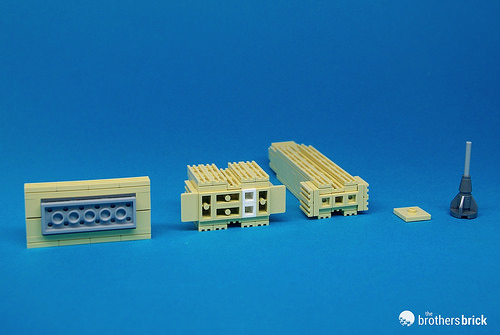 Both the Chrysler Building and the Flatiron Building are essentially just stacked plates, as is obvious from the main photo.

Although certainly not the most interesting or beautiful building in the set (or in New York), One World Trade Center uses the most interesting building techniques. The first section is an epic SNOT block (a phrase I could not have imagined myself using 15 years ago…) that enables you to attach the 1×4 and 2×4 tiles as facing or curtain wall. Similarly, the next section uses 1×1 bricks with holes and Technic half-pins to attach the 2×4 tiles using half-stud offset. The central core of this section is a friction cylinder, into which the central rod of the next section inserts — also a studs-out affair. 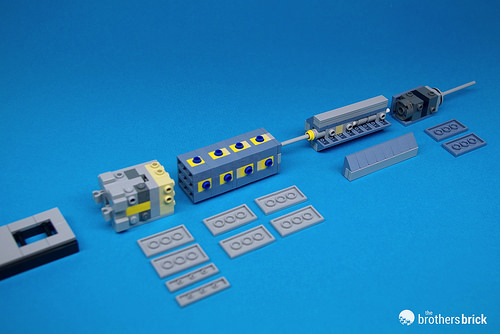 At nearly 600 pieces and $60, this is a mid-size set for the LEGO Architecture range. But one of the reasons I typically shy away from this line is that so many of the parts are so small — other than the tiles in the base, the largest pieces are 1×2 bricks — that the finished model and quantity of usable brick are both actually quite small given the price. But I strongly suspect that neither the hardcore adult builder like me nor the average 10-year-old are the target demographic for these sets. In other words, they’re great display models for “non-MOC‘ing” adult builders and collectors who want a pretty display model for their desk. I can’t fault either that type of collector or LEGO for that, but I can’t recommend this type of set as a parts pack for adult builders or to grow a young child’s collection.

Nevertheless, I really do like this set, and especially enjoyed the complex building techniques. Setting aside the relatively high price for such a collection of tiny parts, I also appreciated the variety of small detail parts. I plan on keeping this set together and displaying it on my desk, and I look forward to reviewing the other two smaller sets in this new skyline series, Venice and Berlin.