Polybags of Finn from The Force Awakens are starting to show up at brick-and-morter stores, and one of the interesting things about these small, early sets is that they include a foldout with the first good, official photos of 2016 LEGO Star Wars sets. Brickset has gotten ahold of one of the fold-outs. 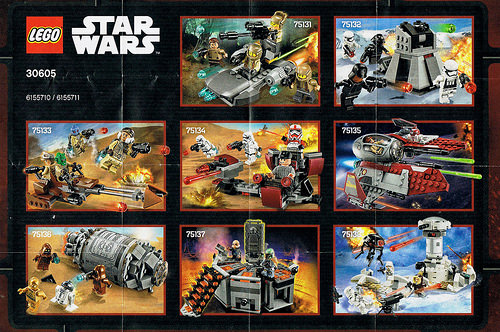 The photos show several Battle Pack sets from both the Classic Trilogy and The Force Awakens, along with the first views of a Carbon Freezing Chamber set (75137), Rebel emplacement on Hoth (75138), and another redesigned escape pod with more figs than just the usual Artoo and Threepio (75136).

The back of the foldout reveals better photos of the individual minifigs that come in these sets. 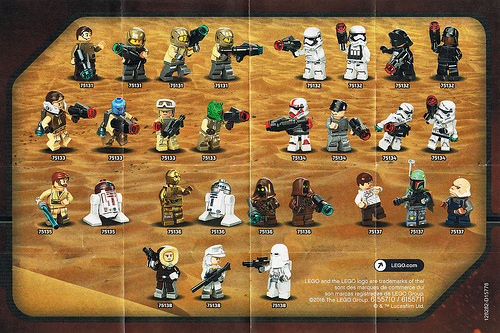