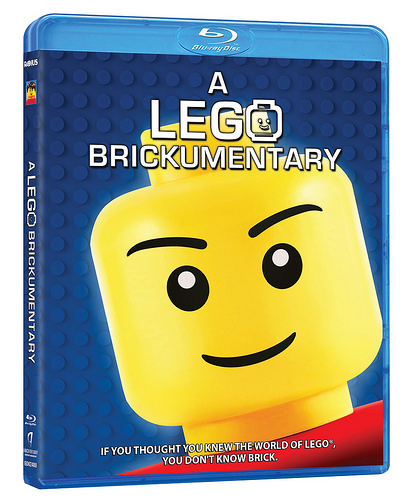 BEVERLY HILLS, CA. – August 18, 2015 – If you thought you knew the world of LEGO®, you don’t know brick. Step into the amazing real-life world of the global phenomenon that has captivated fans of all ages, when A LEGO® BRICKUMENTARY comes to Blu-ray™ and DVD on November 3, 2015. Directed by Oscar® winning Director Daniel Junge (2012 Best Documentary, Short Subjects Saving Face) and Oscar Nominated Director Kief Davidson (2013 Best Documentary, Short Subjects Open Heart); and narrated by Jason Bateman, the film takes us on a journey through the LEGO® brand…like you have never seen before.

A LEGO® BRICKUMENTARY is the first official documentary about the world of the LEGO® brick and follows the evolution of the billion-dollar franchise, delving into the impact of LEGO® and its fans around the world. Suitable for “kids” of all ages, the film explores the brick that has captured imaginations for generations and look at the fundamental question – is it a toy or something more?

A LEGO® BRICKUMENTARY delves into the extraordinary impact of the brick and the innovative uses for it that have sprung up all overthe world. The narrative takes us through art galleries full of LEGO® creations, introduces us to Master Builders designing and creating life-sized LEGO® models (as well as those who employ LEGO® bricks to create their own films), leads us into the world of LEGO®therapy and brings us along to meet Adult Fans of LEGO®(AFOLS), each with amazing stories to tell. A LEGO® BRICKUMENTARY explores the essential nature of human creativity and the ways we seek to build and understand our world.

Special features on the Blu-ray™ and DVD include:
• Bonus Scenes

A LEGO® BRICKUMENTARY will be available on Blu-ray™ and DVD from Anchor Bay Entertainment on November 3rd for the suggested retail price of $26.99 and $22.98, respectively.

To learn more about the film, please visit www.anchorbayentertainment.com.