Almost ten years after his previous foray into the middle east, mysterious artist/activist Banksy recently popped up in the Gaza Strip, in an effort to once again highlight the plight of people in this region. Flickr member TheBrickAvenger was inspired to recreate one of the Gaza pieces in LEGO: 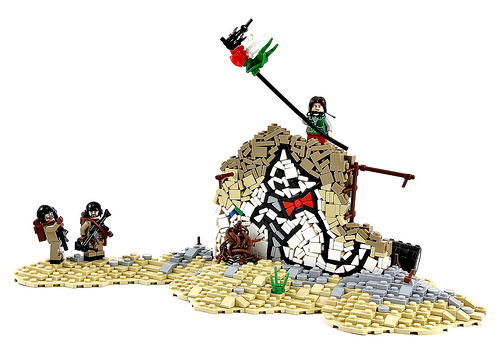 Some LEGO “purists” may scoff at the choice of the stacked bricks technique used here. But hey, maybe the builder was using it to make a statement? Or maybe there was literally no other way to create this image convincingly at mini-fig scale. Either way, the result is impressive – especially when you consider the effort it must have taken! For context, here is a photo of the original: 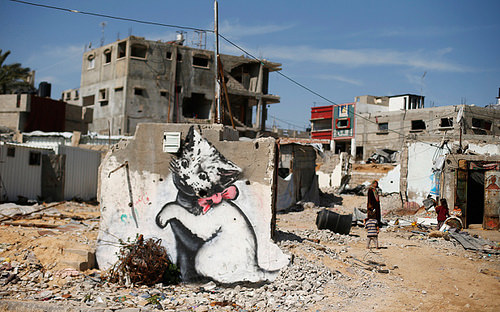