Even though I grew up in Japan, my family never owned a game console, and I didn’t really play Nintendo games until I worked for Nintendo of America (its US headquarters are near Seattle, right next door to Microsoft) back in the GameCube and Game Boy Advance era, barely over a decade ago. Nevertheless, I’m still a fan of Mario and all his many compatriots, and love seeing Nintendo characters built from LEGO. Two builders have (presumably) separately built Mario and Bowser, so a post highlighting them together seemed appropriate. 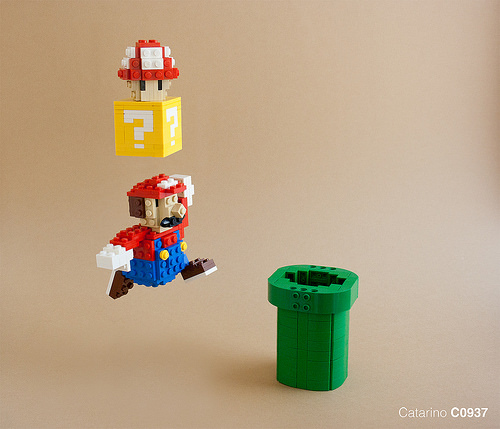 But Mario will need to beware the boss at the end of the level, since American David Pickett has built this highly detailed Bowser, full of great little details like feathers for his flaming red hair. 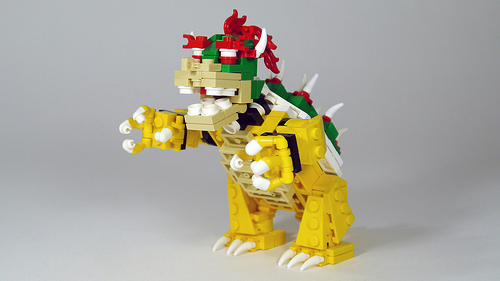 David also has a video you can watch to learn how to build Bowser yourself.