One of the great joys of Brickworld is to see the massive collaborations that take place, and this year’s most ambitious and massive feat of LEGO engineering was VirtuaLUG’s Around the World in 80 Days: 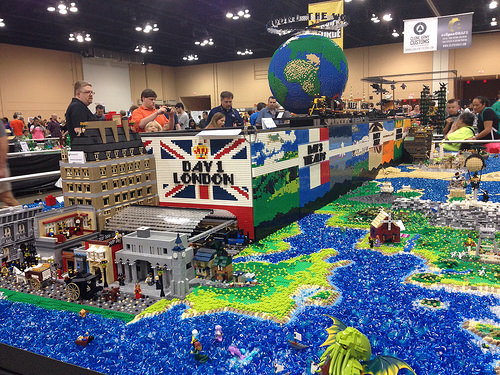 Based off the movie and book, written by Jules Verne, it tells the story of the misadventures of Mr. Phileas Fogg, his manservant Passepartout and Inspector Fixx. Much like the Fogg, the tale of this group build stretches all around the world, with 25 contributors, bricks were sent from all over the United States, Canada, Belgium and even New Zealand to complete this masterpiece. 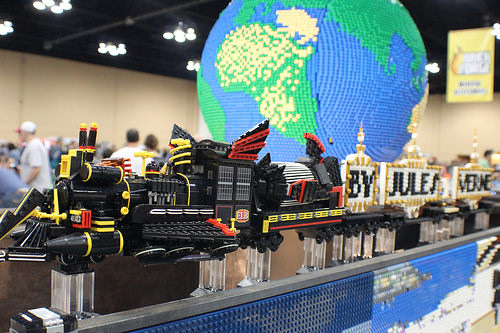 This build was an amazing 10 feet by 20 feet in size and a whole year of planning, organizing and building, not just LEGO bricks, but custom table and supports for the series of mosaics chronicling the 80 day adventure. It is made up of of 224x 32×32 stud baseplates littered with both minifgure-scale and micro-scale builds, several operating trains, and one big world – with spinning sign.

Our friends at Beyond the Brick take us through an in depth interview with the Project Leader Heath Flor about this layout: