Builder Tim Lydy has a long history of building comic book creations, specifically Batman, including winning the 75th Batman Anniversary Contest last year at BrickWorld. This year Tim decided to jump over to the Marvel side after watching last year’s movie and build the Mutants’ most terrifying foe, the Sentinel: 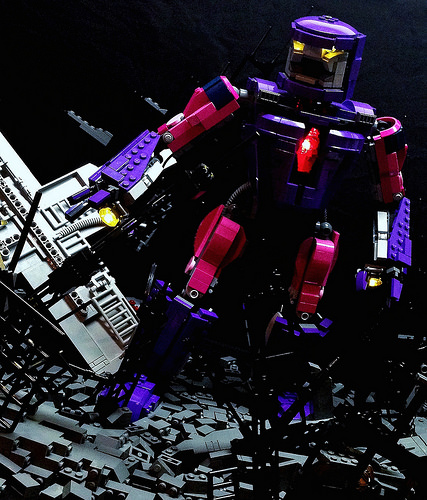 But fear not Mutants! The X-men are on the case to protect Mutants everywhere! Here we see Storm with a functional spinning tornado and lightning blasts. 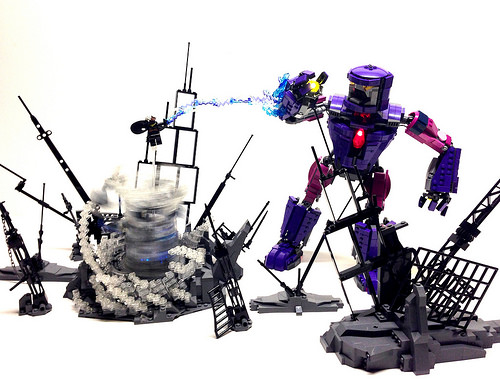 There’s also Nightcrawler who is teleporting around the Sentinel: 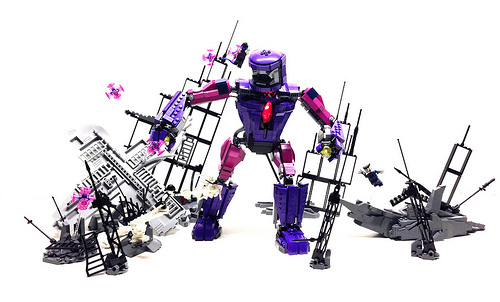 There are a few other X-Men floating around the scene – see if you can spot them!
There’s a more in-depth write up by Tim on Eurobricks.

And Tim also raised a good chunk of money at the Charity Auction and took home the Best Mecha Award for his amazingly articulated and lit Sentinel.