As one or two of our readers may have noticed, I have been absent for last few months – which I do apologize – I took a bit of a dark age to focus on real life priorities … like Video games! And the one that undeniably consumed me was Borderands (2 and TPS), with it’s co-op play, unique cell shading, randomly generated gun zaniness and an adorable robot, I was in love…

So when it came down to sitting down and playing with bricks again, I knew I didn’t want to leave Pandora behind, and much like the game, it’s more fun with friends.

With that in mind, I went to the best LEGO gunsmith around: Nick Jensen (Nick Brick) and challenged him to build me a randomly generated Borderland guns. 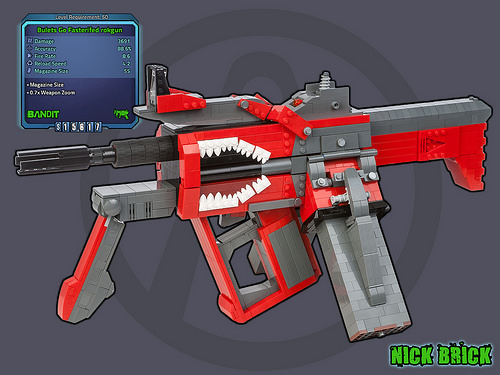 While not nearly as elegant looking as some of the guns Nick has built, it’s awkward ridiculousness is fantastically built , with not one, but TWO working magazines clips – cause that’s how we roll. Don’t believe me, check out the video:

Of course, that’s only half the fun. The other iconic element of the game is everyone’s favorite/most hated robot Claptrap – CL4P TP, built by Simon Liu: 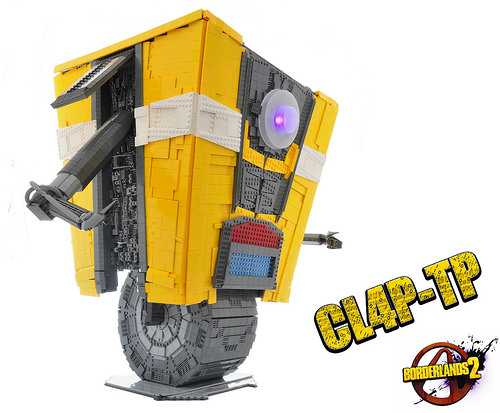 Check out the video for more details.

But as in the game, sometimes friends just randomly drop in unannounced, so I was delighted to see that Matt De Lanoy (Pepa Quin) also got in on the Borderlands action this year at Brickworld with a far more adorable version of Claptrap: 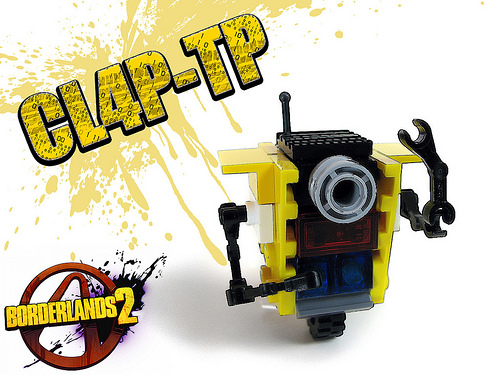