In recent years, LEGO set design has been going from strength to strength. However, as far as I am concerned, some of the sets I had as a child are really hard to beat. Build techniques have obviously moved on and new parts have been introduced, but particularly city sets from the late seventies and early eighties were design marvels. They may have been fairly simple and built using primary colours, but they also had lots of character.

We haven’t featured models by Are Heiseldal (L@go) very often, but in recent years he has been steadily building his own updated interpretations of some of these classic sets from his (and my) childhood, of which I am going to share a few favourites. LEGO set 675 “Snack bar” was released in 1979. 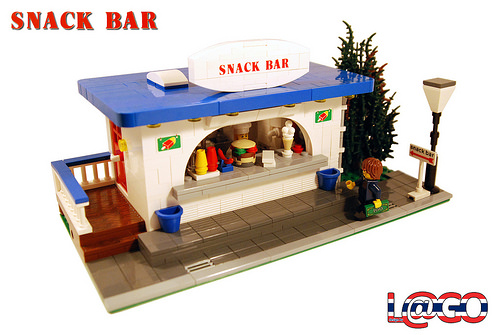 I never actually owned the oddly-named set 6694 “Car with Camper”, but remember poring over the 1984 catalogue to work out how to build the caravan. Are’s updated version seems to offer somewhat more privacy to the occupants. 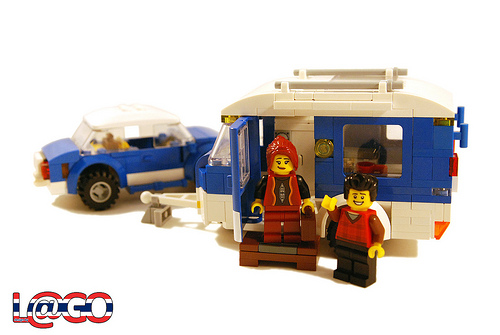 Finally, the latest model that he has uploaded is a modern reinterpretation of set 6689 “Post Station”. 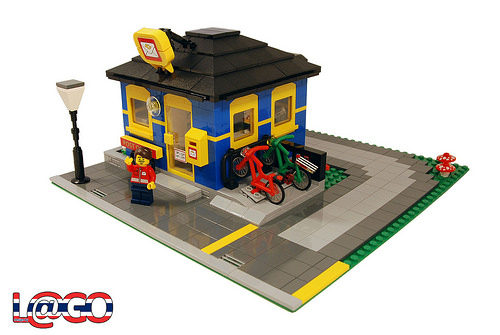 These models may not be spectacular in terms of build techniques, but I love them. There is enough of the original in them to ensure that a single glance is enough to trigger nostalgia. Furthermore, like the originals, if you look closely you’ll see that they are chock full of clever features. If you too get a warm and fuzzy feeling about these, I suggest you check out Are’s flickr album with more of his updated classics.

4 comments on “Updating the classics”