This morning at the New York Toy Fair, LEGO revealed its latest addition to the Ultimate Collector Series (UCS), the 75095 Star Wars TIE Fighter. The set will be available directly through LEGO via their online store beginning May 2015, and is expected to retail in the US for $199.99. 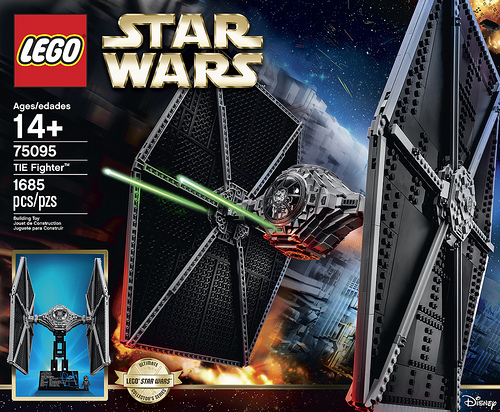 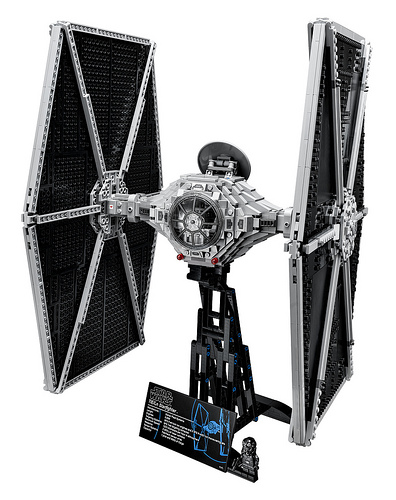 Here are some details, provided by LEGO:

“This large-scale LEGO-brick rendition of the classic Imperial starfighter has intricate detailing, as well as an opening top hatch and an exclusive TIE Fighter Pilot minifigure with a blaster pistol. And when you want to keep it safe from Rebel attack, mount the model on the display stand and keep yourself updated with all the key facts and figures on the included fact plaque. The Ultimate Collector Series TIE Fighter is the perfect addition to your Star Wars collection! The UCS TIE Fighter measures 18.5in (47cm) high, 12in (30.6cm) long and 12.2in (31cm) wide.”

And for an up-close and personal look at the set, here is the LEGO designer video: