Released in 2013, LEGO’s Ultimate Collector Series (UCS) Red Five X-Wing was much better than the original from about fifteen years ago. It is a fantastic set, but a set nonetheless, with all the limitations in terms of construction and parts usage that this entails. The engine nacelles are too small, the fuselage sides aren’t angled properly and while the nose on the model gets narrower towards the front, it should also be tapered when seen from the sides. 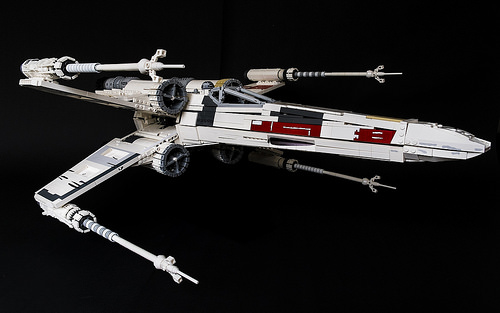 As a fan, James Cherry (crash_cramer) does not suffer from the same constrains as the set designers. His UCS X-Wing took him two years of intermittent tinkering, but the result is a massive improvement. “— Red Five standing by.”