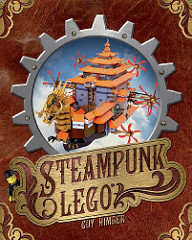 As holiday season approachs, No Starch Press is kicking into high gear with a slew of new titles for LEGO fans. Their latest offering is Steampunk LEGO by well-known LEGO builder, innovator and steampunk enthusiast Guy Himber. This 200 page compilation features the work of over 90 individual builders, and includes just about every notable LEGO steampunk creation of the past five years.

Physically, the book has a definite steampunk feel about it. Its blue and gold hard cover sports a full-color dust jacket (shown here) and all the pages have a high quality satin finish that enhances the sumptuous graphic design. The material is presented in the form an ornate Victorian scrapbook, complete with notelets and other trinkets mounted atop a variety of textured vintage backgrounds.

A cornucopia of building styles are covered here. And while the majority are mini-fig oriented, microscale and life-size builds are reasonably well represented. Entries are 1 or 2 to a page, and organized into logical chapters focusing on different categories such as trains, vehicles, automatons, weapons, sea vessels, airships and even floating rocks. There is also a pleasant ‘interlude’ in the center, showcasing Guy’s memorable Cabinet of Curiosities collaborative project. 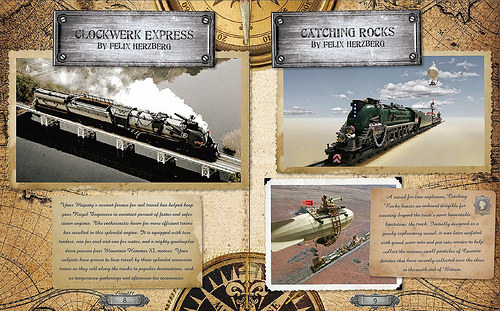 Rather than simply presenting the images in a bare coffee table format, Guy has taken a leaf out of other steampunk related works, and tied everything together with a whimsical narrative written in Victorian era English. The reader follows the chronicles of Sir Herbert Jobson as he travels the globe in search of fabulous inventions and reports his findings to Her Majesty The Queen. Every build is augmented with amusing notes, backstories or technical schematics.

Many of the photographs are presented in full color – and these literally pop out of the page – while others have been given the sepia treatment or artificially aged, which I personally found less pleasing to the eye, as it made small details harder to appreciate – especially as the images are sharing the page with supporting material and therefore not as large as they might otherwise be. 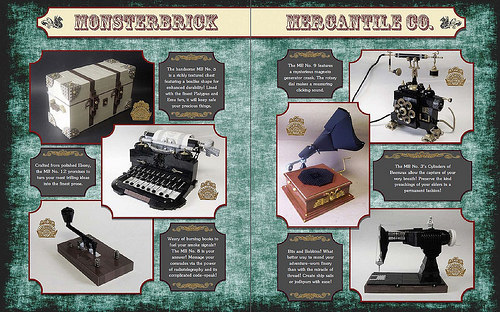 Nevertheless, the book is a feast for the eyes and successfully demonstrates how perfect the medium of LEGO is for exploring the steampunk aesthetic. In particular, it was nice to see so many builds that truly capture the steampunk look and feel, avoiding the old cliché of “just make everything brown and gold” (…except for one chapter featuring steampunked Star Wars ships, that felt a little out of place and tacked on).

As a building theme, LEGO steampunk has been a staple of the fan community for ages, and even the LEGO Company itself has dabbled in it from time to time. Yet this promising genre seems to have always remained a niche style for some reason, still waiting to hit the main stream. Hopefully works like Steampunk LEGO will turn the tide. 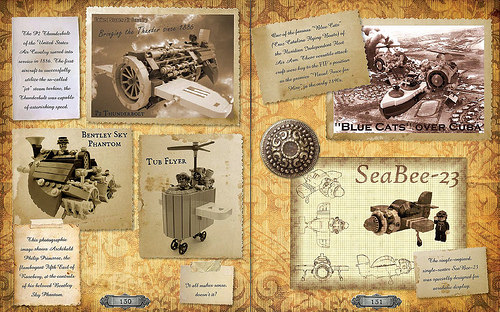 The book definitely captures the current state of the art, and should provide a lot of inspiration for other builders, even though it does not attempt to explain or instruct in any direct fashion (for example, it does not include building instructions or builder interviews).

But the format of the book actually makes a lot of sense to me, because I see this not only as a steampunk book for LEGO fans, but also as a LEGO book for steampunk fans. I predict it will be flying off the vendor tables at steampunk and comic conventions for a very long time to come. And hopefully introduce a whole new set of people to the LEGO community in the process!

Steampunk LEGO goes on sale everywhere November 30th, and will retail for USD $29.95. 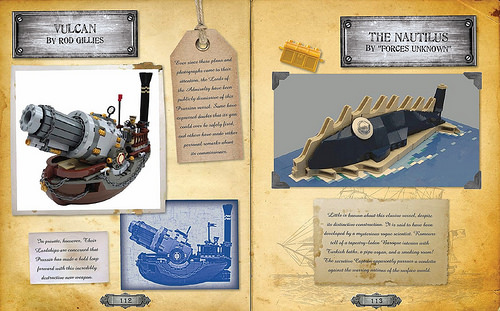