Welcome back fight fans, to Sin City Nevada for another round of Friday Night Fights. Tonight we delve into the world of video games, and you’ll think you’re seeing double as we pit Link from Ninentdo’s Zelda series against… himself!

In the green corner we have a “manga scale” rendition of our Hylian hero by Rod Gillies, that comes with an internally lit treasure chest: 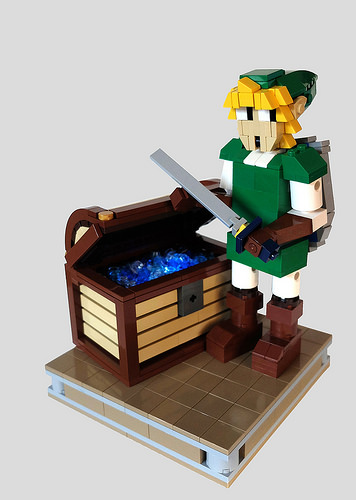 While over in the, er, green corner …ok, let’s call this one the pine corner… is a fully articulated version by Chris Roach. 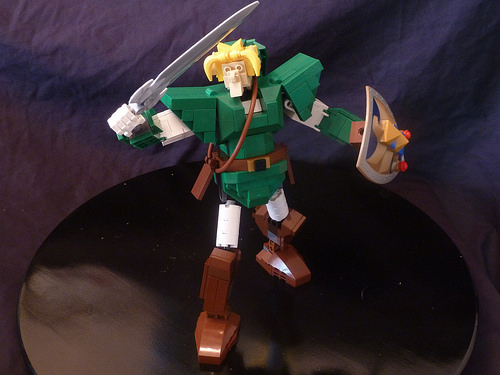 As usual, constant reader, you are tasked with deciding, by way of comment, who will win the Triforce of Power, and who will get stuck with the Triforce of Incontinence. On the last edition of Friday Night Fights, In pursuit of Exo-llence, Martin’s kitty mech narrowly beat out Niki’s APU, with a score of 9:8. But only because Martin voted for his own creation! Tune in next week for another action packed edition of Friday Night Fights!

7 comments on “Friday Night Fights: Who is the weakest Link?”