Like many guys born in the seventies and eighties, as a child, I spent many Saturday mornings watching cartoons on TV. I used to watch classics such as Transformers, M.A.S.K. and Jayce and the Wheeled Warriors and build them out of LEGO. By the time Pokémon came along, I had lost interest in cartoons (other than Ren & Stimpy). Pokémon struck me as an obvious ploy to get children to spend their pocket money on what were obviously rubbish toys. Gotta catch ’em all, right? Not at all like the cartoons I used to watch. 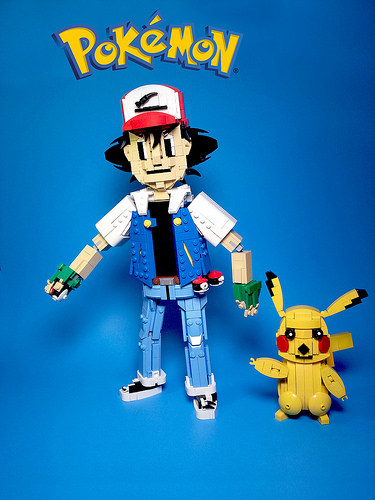 I have, of course, come to realise that my favourite cartoons were as much about selling toys as Pokémon, but I still think that much of the TV series was a bit rubbish. That said, I also realise that, to many people, Ash & Pikachu are no less iconic than Scott Tracker and T-Bob, or (dare I say it) Bumblebee and Spike Witwicky. This and the quality of the models, means that I cannot overlook these great figures built by Combee!. Pikachu looks particularly cute.

Thanks to Niels Huyzer, who suggested this to me several weeks ago.

3 comments on “Gotta catch ’em all with Combee”