César Soares (csar_soares) says that this medieval tavern is his first Castle-themed model, and only his fifth LEGO model that he designed himself. That’s frankly a bit hard to believe given the detail and the polish, so I’m going to make myself feel better by assuming that César means that it’s the fifth he’s posted publicly. Because look at that roof and those walls! 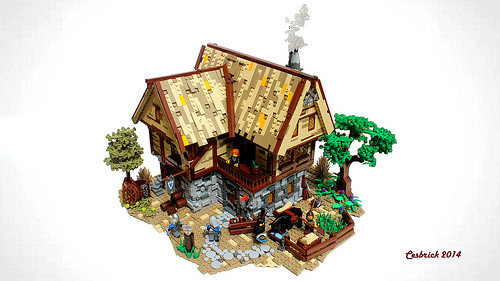 And since we haven’t featured César on The Brothers Brick before, here’s some lovely microscale landscaping, with a train heading into a tunnel under a mountain, atop which perches a very precarious castle: 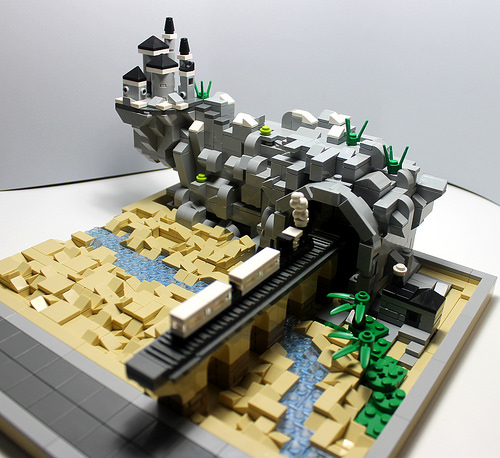