Some say that he’s terrified of ducks. And that he cannot understand the concept of Tuesday. All that members of the Brickish Association know is he’s called Carl Greatrix, avid locomotive builder and model designer for official LEGO videogames. And apparently a massive petrolhead judging by his rendition of the Caterham Super 7:

Carl’s choice of vehicle seems somehow fitting, given that Caterhams are kit cars. Yes, in Britain there are maniacs who like to order their cars in bits and build them at home! In fact, those cheeky chappies over at Top Gear even built one as a speed challenge.

All the exterior details and styling are perfectly captured here, as you might expect if you’ve seen any of Carl’s trains: 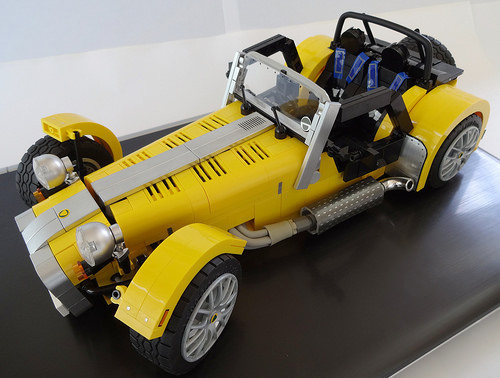 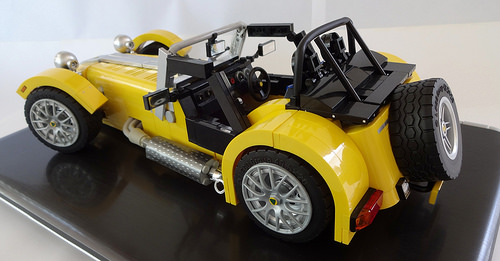 But the real treat (for me at least) is the inclusion of interior details such as the dashboard and engine: 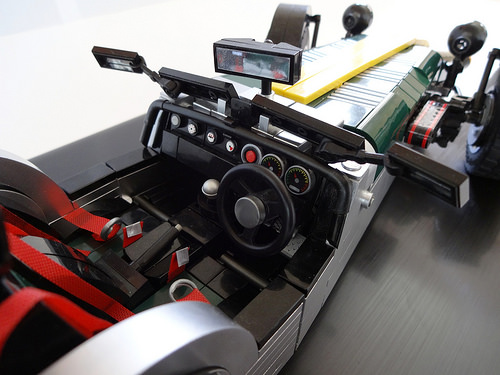 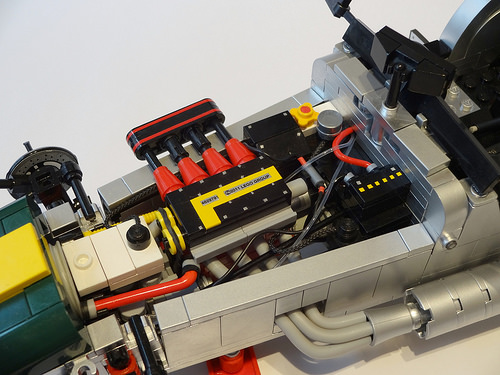 Probably one of the most accurate car builds I’ve ever seen. Kinda makes you wish the LEGO Creator car sets looked like this, doesn’t it? Maybe Carl needs to show this off to some of his counterparts over the water!