It’s not very often that I come across an aircraft that I know very little about, but
Nikos Andronikos (dodgeyhack) has managed to befuddle me, by building a Australian Beaufort bomber. I know the Beaufort as a British WW2 aircraft that served with the Royal Air Force. What I did not know, however, is that Beauforts also served with the Royal Australian Air Force and were actually license-built down under in significant numbers. 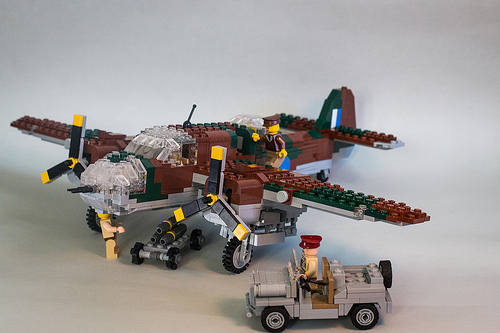 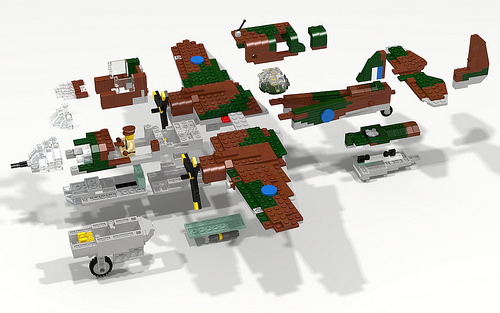 So, the subject of the model is interesting in my book. Beyond that, the model is very nicely done. I like how the wings are angled back, to give their leading edges the proper angle. The camouflage works, which is no mean feat using dark green, and it has goodies such as a retractable undercarriage and an opening weapons bay. To add the proverbial cherry on top of his cake, Nikos has also made a render of the model that shows how some of the major bits go together.

2 comments on “Beaufort bomber from down under”