Arca is a story told by three builders: Max Pointner, Ian Spacek, and Paul Vermeesch about a dying planet where the inhabitants cultivate a little basket of life – Arca – and created a glittering city only to see corruption seep in. 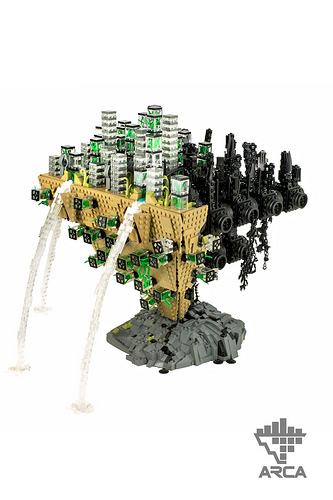 The overall construction of this build is extremely clever, an upside down Ziggurat with some fantastic transitions between a lush garden zone and dark cubes areas. I am having a hard time deciding if I like the little green house more, or the extremely complicated and interesting corrupted cube structure: 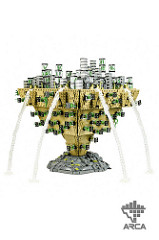 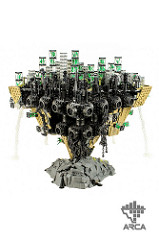 But what impresses me about this build, isn’t the interesting back story that they had developed or the quality and execution of the build itself, but the seamless manner in which three separate builders could create a single uniform build. I’ve had the pleasure of being in several collaborations over the years, but I have never been a part of something so tightly integrated. Though this isn’t the first time the three have collaborated on build – last SHIPtember they managed to some how build 1/3 of a SHIP each.

Thankfully Max has provided a bit of a behind the scenes on how they approached and executed the Arca Project for those looking at joining forces to do a collaboration build like this.