Henrik Hoexbroe tends to build highly detailed minifig scale models. His latest model is a dining coach as used in 1919 as part of the famous Orient Express, which used to connect Paris with Istanbul.

A single train coach may not sound like a particularly interesting subject, but this one is a bit special. For understandable reasons, most train builders build to minifig scale and guys such as Carl Greatrix and Andrew Harvey (to name just two examples) manage to pack a surprising amount of exterior detail into fairly small train models. 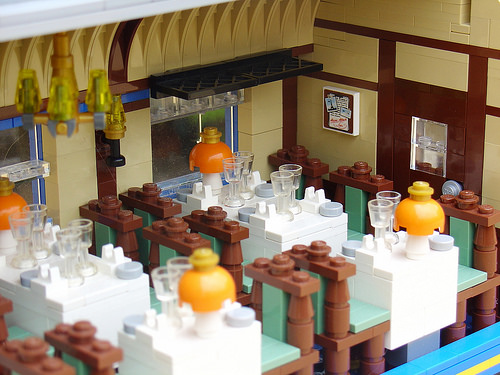 Henrik has built his coach to a much larger scale, however, and this allowed him to go a step further. This is visible in the detail on the outside, but it really shows in the interior.

3 comments on “Dining in style on the Orient Express”