There have been a whole ton of awesome armored vehicles getting posted lately. I’ve always had a fondness for APCs and these beefy 8-wheelers don’t disappoint.

First up by Quogg is this nicely rendered duo. Digital building makes it easier to swap around configurations and he puts it to good effect here, as well as with his other builds. 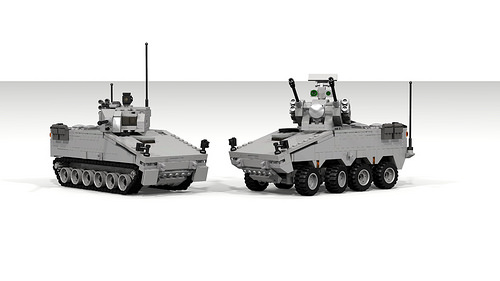 Tyler Clites has been an unrelenting MOCing machine lately, and while he doesn’t often turn his talents to modern military the results are always fantastic. 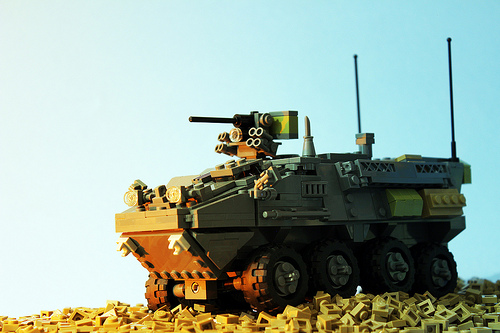 Last but certainly not least is military trendsetter Andrew Somers. Andrew has been continuously and carefully refining a stable of military vehicles, and while the changes may be subtle each new iteration has been better than the last. 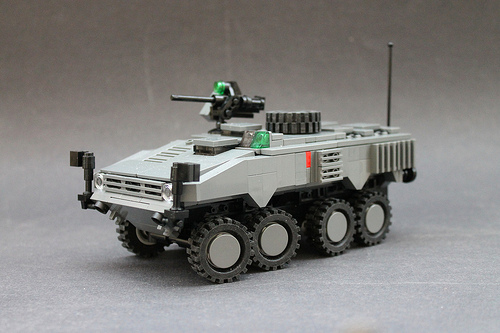