I sometimes forget that there are two different types of Castle builds, all too often my thoughts of Castles are that of wonderful fantasy creations from the figments of imagination. So it was refreshing to see Macsen Wledig‘s historic fort: 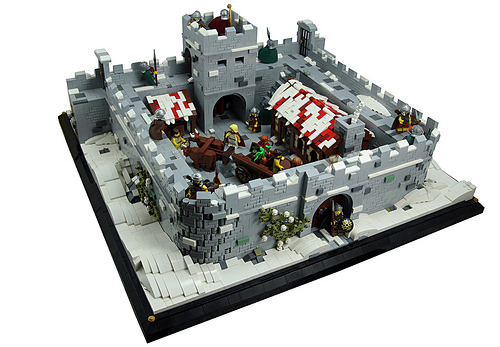 As Macsen describes it:

Hadrian’s Wall was a defensive fortification in Roman Britain between AD 122 and AD126, during the rule of the eponymous Emperor Hadrian. It stretched some 120km between the Solway Firth in the west to the Tyne Estuary east. Along it were placed Milecastles, located at regular intervals of one Roman Mile (approx. 1.5km). Barracks and facilities for cooking and storage were provided at each, with the garrisons varying in number, but up to a maximum of 64 troops.

Then again, it’s fun to see some less historically accurate builds… like dragons. Which Gabriel Thomson (qi_tah) has kindly provided us: 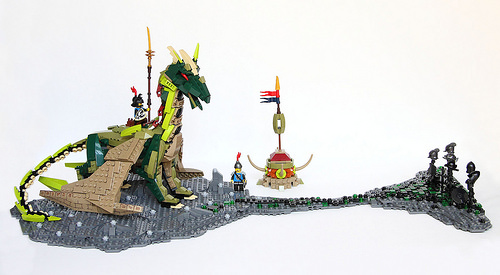