The Lego Star Wars Utapau Troopers is one of the three new battle packs released in March 2014. This set retails for $12.99 and is available on Amazon. Below is a brief video review and my remarks regarding the set. 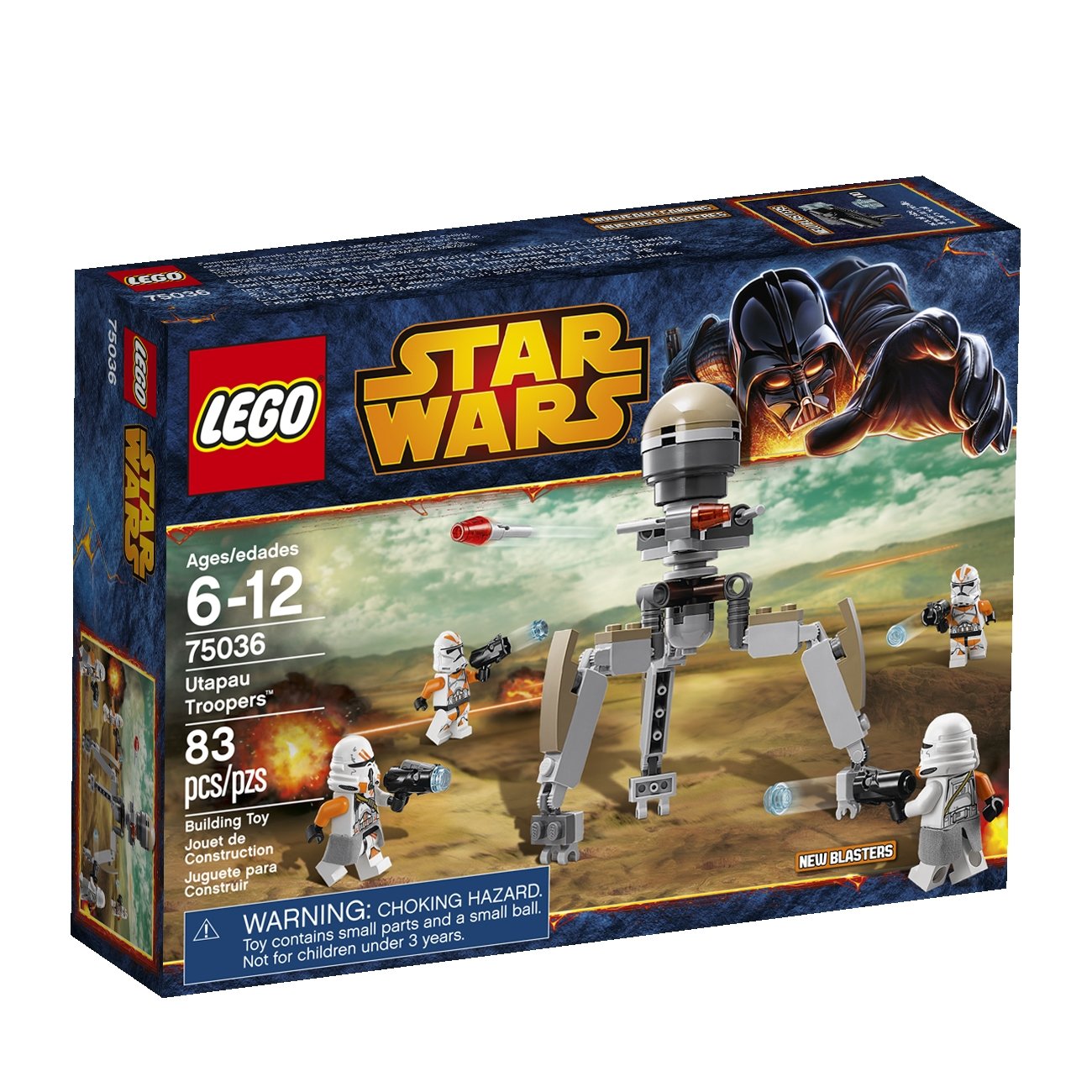 The design of the tri-droid is very simple, and in my opion not suitable for incorporating into an army. It has a decent selection of parts that I’ve shown in the video and also includes 4 of the new functional blasters. The minifigs seem to be popular as this was the highest selling battle pack on Lego Shop at Home before it temporarily sold out. I would prefer plastic kamas on the airborn trooper rather than the cloth ones, but this is just a personal preference.