I’ll admit it: I had very low expectations for The LEGO Movie. The first trailers were annoying more than anything else, and — out of context from the movie — I wasn’t especially impressed with the corresponding sets (which LEGO sent us to review a while ago — they’re actually pretty great parts packs). But this evening I joined scores of local LEGO fans, press, and others at an early screening, and the movie won me over from the first moments on screen. 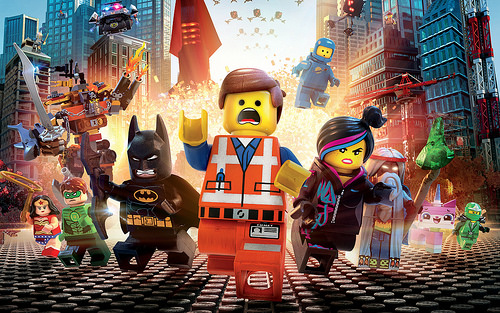 Written and directed by Phil Lord and Chris Miller (whose previous writing/directing collaboration is Cloudy with a Chance of Meatballs), The LEGO Movie begins when Emmet (Chris Pratt) wakes up one morning and heads to his construction job, following instructions every step of the way. You can infer most of the lessons that the movie will convey from that premise alone — yes, there are plenty of nods to creativity, teamwork, and other wonderful sentiments. But there’s a lot more to this movie than bang-you-over-the-head morals in the vein of Toy Story 3. 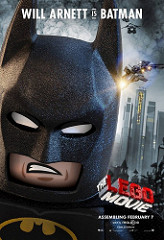 First and foremost, the movie is full of subtle references to LEGO arcana from the past 35 years. I won’t spoil any of the surprises, but the inclusion of a blue Classic Space minifig with a cracked visor should be evidence enough that this isn’t just a movie for boys aged 6-12 whose idea of LEGO is Ninjago and Legends of Chima.

Similarly, and less obscurely, well-timed cameos from completely unexpected parts of the LEGO universe (no, not that LEGO Universe) had the audience roaring with approval. The voice acting is impressive, but don’t go looking up the credits yet or you’ll spoil many of the surprises. And forget Ben Affleck, I want Will Arnett as the next Batman.

The animation style is rather striking. Unlike the flat, uniform style we’ve all gotten used to in LEGO video games, the move essentially looks like it was animated with real bricks. More interestingly, the pieces — especially the minifigs — show lots of play wear. The minifigs also move with the limitations inherent to their form; you’ll never see a minifig bending at the knee or flexing a claw hand.

There’s a final plot twist that comes as a complete but totally natural surprise. With plenty of foreshadowing, this final twist fits perfectly with what you’ve seen throughout the rest of the movie — an indication of good writing by Lord and Miller. Even better, it’s clear that they’re very aware of patterns of thinking among adult fans.

Overall, I can unreservedly recommend The LEGO Movie. This isn’t a movie about LEGO the beloved brand or corporation. Nor is it really a movie about bricks or even creativity. Fundamentally, The LEGO Movie is a movie for LEGO fans and about LEGO fans. It’s also just plain entertaining. Set aside your preconceptions and go see it.

As a final note, I’m interested to learn how LEGO builders we know were involved in making the movie — Facebook lately has been full of subtle references to recent projects with a forthcoming reveal and early cast & crew screenings. Watching the credits, it was great to see designer Matthew Ashton get an Executive Producer credit.

I’d love to hear what you think, too. Feel free to discuss your thoughts in the comments, but please keep the discussion spoiler-free through opening weekend.

8 comments on “Full of sly humor, The LEGO Movie is a must-watch for all LEGO fans – especially adults [Review]”