The Copperhead concept motorcycle by Lino Martins (Lino M) looks as though it is getting ready to kill. Lino himself call it his first steampunk creation, but I’m not so sure I agree. Yes, he has used copper and rust-coloured elements in the build, but it looks too futuristic and at the same time too plausible to be steampunk in my book. 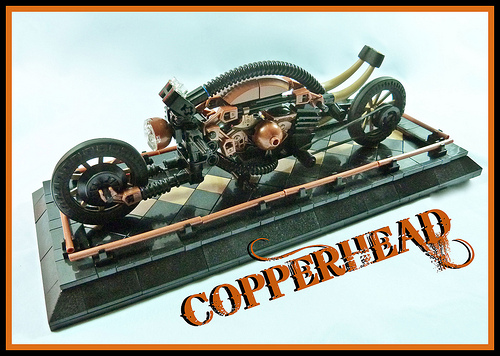 I’m reminded of something else entirely. I used to watch the American Chopper TV-show, before I got fed up with all the drama, but I admire the artistry in the way they shaped metal to follow the particular theme of their builds. To me the Copperhead looks like the end result of American Chopper paying tribute to H.R. Giger.

3 comments on “The Copperhead concept is one crazy crotch rocket”