Heading into the holiday season I chose two images that seemed appropriate.

For Facebook, we get this hilarious representation of the absurdity that takes place on Black Friday by Gregory Coquelz. I know none of our wonderful readers would eat the brains of fellow shoppers just so they get their undead hands on that last LEGO Friends set, but the image is fitting of the season nonetheless.

Twitter gets a brighter, happier image by Adam Dodge. Wouldn’t it be great if the world really were made out of LEGO and we were all little yellow minifigures? Just think of the peace and harmony. And if the armies of the world were only armed with flick fire missiles, war would be pretty ineffective and harmless. 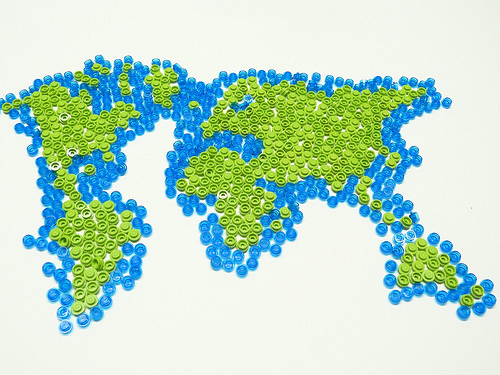