This 19th of November marks the 150th anniversary of President Abraham Lincoln’s Gettysburg Address. The Battle of Gettysburg, which took place several months before, was the bloodiest battle of the American civil war and many of the dead were hastily buried in temporary graves. They were subsequently reburied in what was to become the Gettysburg National Cemetery. The Address was one of several speeches that marked the official consecration of the cemetery. 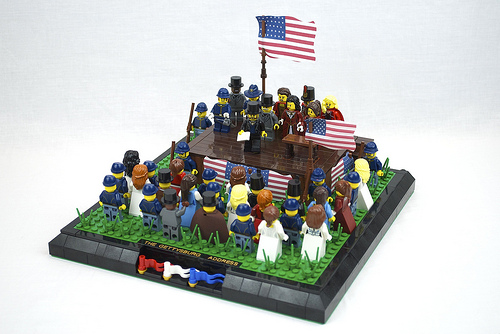 Gary Brooks (Gary the Procrastinator), who is no stranger to TBB, has expertly recreated the scene of President Lincoln giving the speech. At the time, the reception of the speech was mixed, but it has gained a prominent place in the history and culture of the United States.