Shelly Timson is the creator of this work of art. She wanted to build a Tardis for the upcoming 50th anniversary of the iconic show, Doctor Who (just ten days away as of this writing!). She asked Rob Deakin, founder of the studio Inside the Brick, if she could use the studio’s supply of Dark Blue bricks. Over four thousand bricks and three weeks later this lovely Tardis emerged. The TARDIS, along with other creations, is on display at the Studio in Fairfield, a suburb of Melbourne, Victoria in Australia. 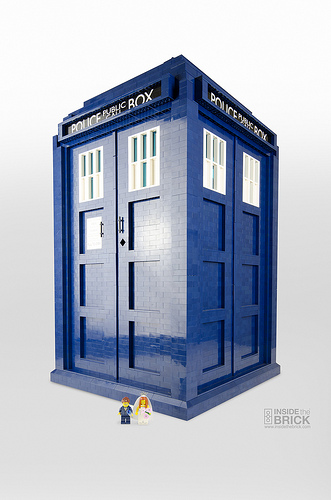 Check out the Flickr Set for more pictures and detail. Flickr comments have been disabled on all the pictures except for this one. If you want to tell Rob how awesome this build is, I’m sure he will be passing the comments on back to the builder.