Thorsten Bonsch Xenomurphy has been hard at work for a full year to bring you his latest masterpiece, “Arkham Asylum“. The brooding structure takes its name from the sanatorium in the fictional city of Arkham, Massachusetts, found in many of H.P. Lovecraft’s stories of the macabre. Batman and Lovecraft are both huge influences on Thorsten’s work and a merging of the two has obviously inspired him to greater heights. The structure itself is impressive and there is plenty of minifig driven action throughout the diorama to please both fans of Batman and the hot-weather crowd. My favorite detail is the eruption of greenery coming from Poison Ivy’s cell. 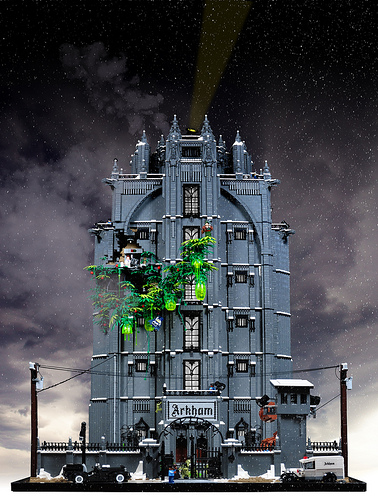 It would be enough for most builders to create such an outstanding model but Thorsten wasn’t satisfied until he’d created an elaborate and striking 82-page “making-of-book” that according to the man himself: “explains every little step“. Indeed every imaginable topic in the design process is covered in great detail from inspiration to minifig selection to the nuts and bolts construction of various sections. The book also details the contributions of builders like Dave Kaleta and Calin who helped set the scene with some amazing 1920’s inspired vehicles. Thorsten obviously put as much care into the layout and writing as he did into the build itself and the result is a rare glimpse into the mind and creative vision of one of our best builders. You can get a sampling of the engaging work in Thorsten’s Photostream on Flickr or he has thoughtfully made the entire document available as a free download. The reader who takes the time will surely be rewarded and immersed in the details of Arkham. 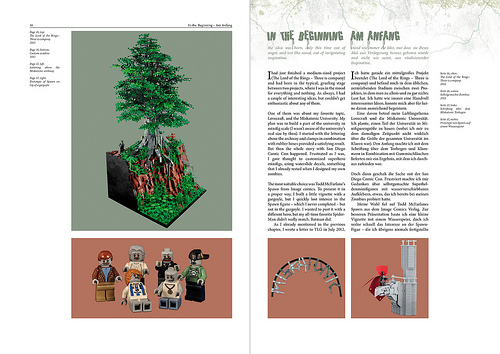 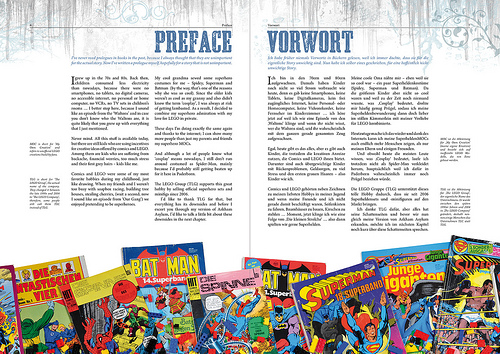