Lego builders are always coming up with new ideas on how to use the brick, but some ponder the question: “why use the brick?” An idea was born to conduct a telephone game through alternating exchanges of Lego and music. The sequence starts with a Lego creation, which is interpreted by the next player through a musical composition, which the next player then builds a Lego creation based on what’s heard, and the cycle repeats.

The project began in June and consisted of 6 exchanges. Each player had 2 weeks to build or compose based on the previous work seen or heard without knowing what came before. The results were undoubtedly fascinating.

The project began with a scene by Paul Vermeesch of a dilapidated town overrun by a flood. 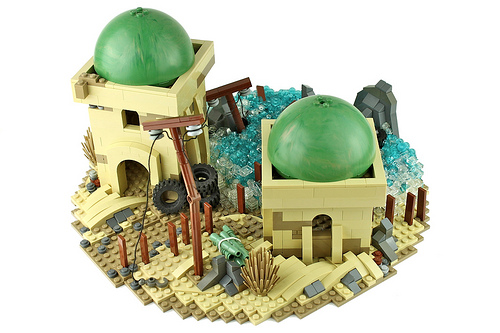 Max Pointer then interpreted the creation through a composition that conveyed the idea of a cleansing transformation through the contrast of the mellow sound of viola with the crisp tones of bells and celesta.

Sean and Steph Mayo saw a different contrast in the music they heard. Instead of the viola representing the decay of a town, it became a dusty attic, the celesta that represented the cleansing by water channeled its sound into toys, and the water sound effects were translated into the downpour outside the window. 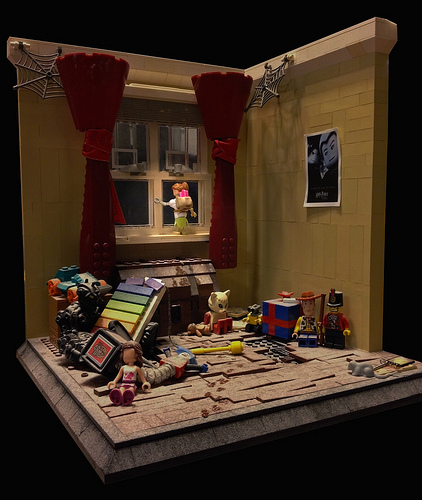 Christopher Baldacci saw an ominous mystery brooding in the creation, which he conveyed with a piano theme set in a looming backdrop of strings. He drew highlights to particular objects in the room such as using drums for the toy soldier, a xylophone for, well, the xylophone, and an altered melody of “Round and Round the Mulberry Bush” for the broken jack-in-the-box. Perhaps most obvious is the hint of the Harry Potter theme to represent the poster on the wall.

Simon Liu got the hint and centered his build on a creation similar to the siege of Hogwarts. The heaviness of decay from the previous two creations was given the form of a ominous sea serpent, and the lightness of the water and tinkering toys translated into magical spells. 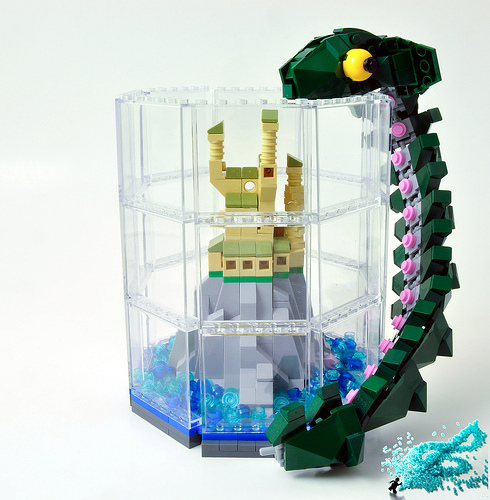 By Ian Spacek‘s turn, the theme of contrast between animation and stagnation transformed into an exchange between good and evil, symbolized by a brass chorus representing the majestic castle, and a solo brass instrument called the serpent playing the role of the giant snake.

Tyler Clites finished the sequence with a statue in the ruins. Its wings are activated by an ancient artifact, suggesting the themes of mystery and adventure gleaned from the previous composition. 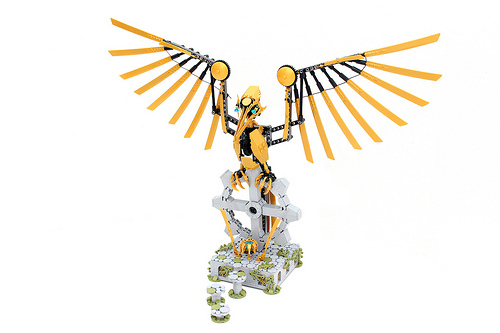 To read more about each builder’s thoughts on their works and interpretations, check out Paul’s blog for more about Symphony of Construction.