75021 Republic Gunship is one of the sets from the summer wave of Lego Star Wars. The set contains 1175 pieces and retails for $119.99, which you can buy from Amazon. 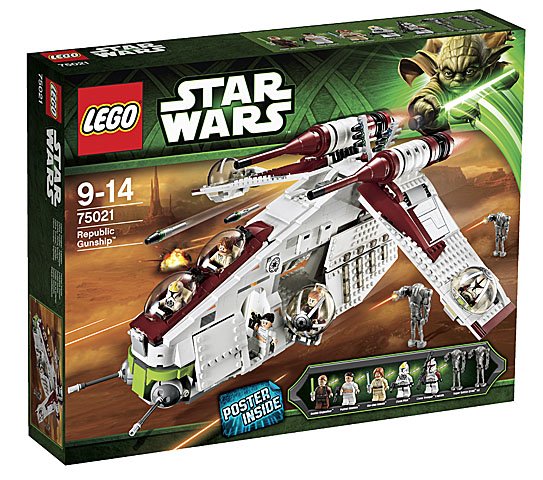 Here is my summary of the highlights of the set, which are elaborated in the review video below. The video also compares the set to its previous 2008 version.

This version of the Republic Gunship has the best design in terms of looks and sturdiness. It makes for a good display item and can be handled more roughly without sustaining serious damage. Despite these qualities, the set doesn’t feel very new to me because it has been made twice already in the past. Even the minifigs are just new versions of previously existing ones. If you haven’t been jaded by Lego’s recreations of popular Star Wars ships, then this is a great set to have.