One of the many cool things I didn’t list in my report on Steam 2013 was mechabrick. 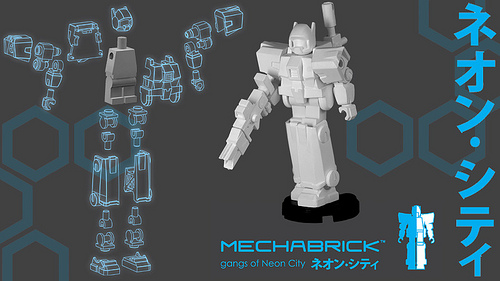 It was started by British AFOL Ben Jarvis that combines three of his passions: Lego, robots and wargaming. Ben has launched a kick-starter project to get it under way. If successful, this should enable the launch of the first mechabrick kit, which will consist of all the parts you need to turn four minifigs into kick-ass mecha (with friggin’ big guns, of course) and four boards that are to be combined to form the play board. The kit will also contain stickers to customise the mecha, as well as dice and a rulebook. Mechabrick is more than just a war game with mecha, however. An essential and fun part of the game will be building the scenery and obstacles on the game board with our favourite plastic bricks. Ben built a rather impressive example for the show. 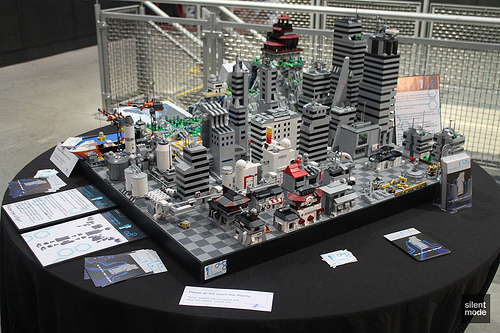 At the event I had the opportunity to handle two of the prototypes and they looked (and felt) promising. I’m sure that plenty of you, like Ben, are fans of Lego, robots and wargaming. Check out the pictures in the flickr group and the project page. If you like what you see, you can pledge your support.

9 comments on “Mechabrick: turn your minifigs into mecha”