I can’t let the weekend slip by without something to appeal to the Kastle-heads out there and this one is just the way you like it..fresh out of the creative oven. We’re nearing the midpoint of 2013 and already K.Kreations (which sounds horribly like a Kardashian enterprise), has appeared three times on this rag-tag fugitive blog. The title of his latest creation is “Assault on Toberg“, which is actually a re-imagining of an older model, “Toberg South Gate” by bentoft. Both models are part of a Classic Castle inspired Flickr group that you can find if you follow the rabbit hole deep enough, Alice. Just like the seaplane posted earlier this weekend with its many versions, I find it fascinating when one builder interprets the work of another.

First up is K. Kreations: 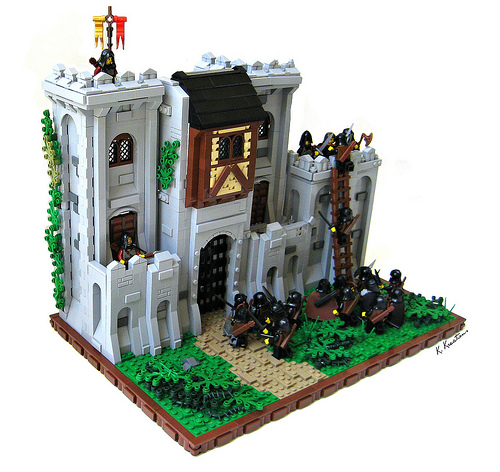 And here is the orginal by bentoff: 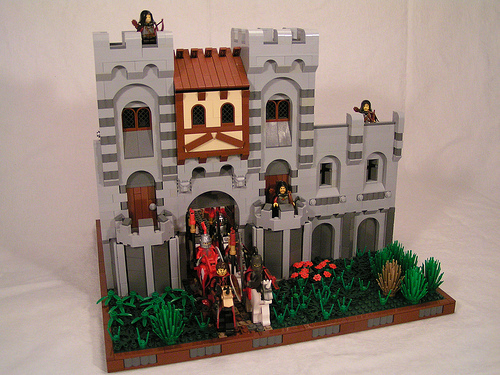