David Alexander Smith recently interviewed former LEGO designer Bjarne Tveskov, responsible for creating many of the iconic LEGO Space sets from the “Classic” era of the 80’s and 90’s, including favorite themes like Blacktron. 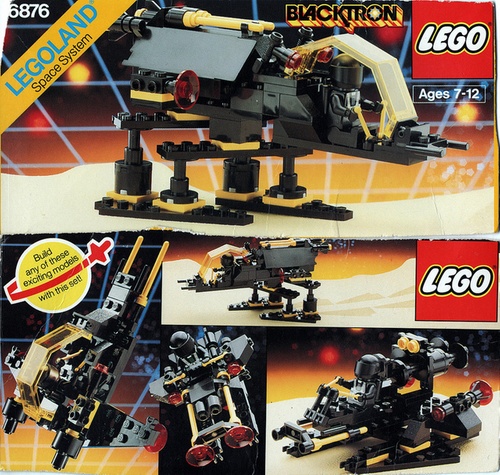 DS: Was the reverse engineering required to build the alternative builds considered a play element (I loved making these models just from the pictures).

BT: To some degree, yes. Mainly it was and is a question of ressources; it’s takes a lot of time and effort to create building instructions, so for LEGO play themes there were generally only one main model. But especially with the smaller sets the customers had a decent chance of reverse egnineering the B-models. I recall doing the B-models for the Blacktron Alienator, a set with a really nice assortment of elements. I still quite like this set and the alternative models are rather different from the main model. (Also like how the box design guys made the footprints on the space surface at the image on the back of the box, even though the model isn’t actually able to lift it’s feet from the ground!)

Read the full interview over on MOCPages.com.