Some of next year’s LEGO Star Wars sets are out a couple weeks early on Amazon.com.

comes with Luke, Rancor keeper, and Gamorrean guard minifigs, plus the monstrous Rancor. The set has 380 pieces and goes for $59.99. 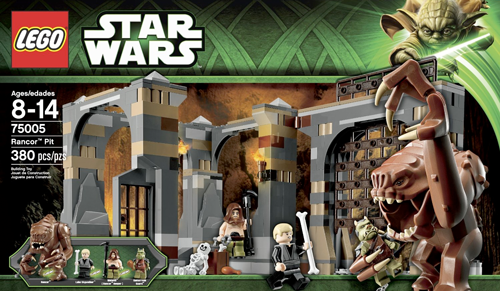 for $99, so we hope some of you picked up this wonderfully complementary set to go with the Rancor pit. But the good news in Tatooine-themed LEGO Star Wars sets is that you can still pick up 9496 Desert Skiff

Several other TMNT sets are also available for order a little early:

Finally, the LEGO Lord of the Rings set 9472 Attack on Weathertop

All via FBTB, who’re on a roll this week with the sales news!