As Ace rightly guessed over at FBTB, Amazon.com has followed the lead of another store and discounted 10188 Death Star 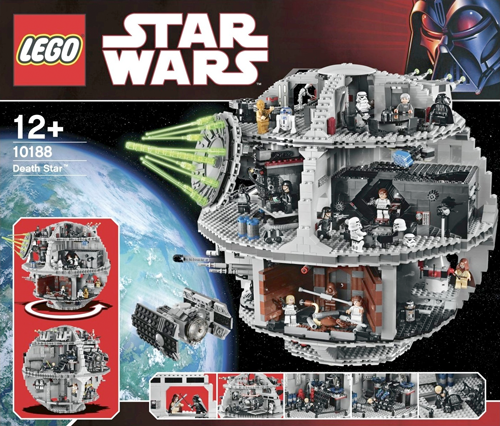 With free shipping and no tax in most states, it’s a pretty sweet deal (if you don’t balk at $340 on a four-year-old LEGO set, but your mileage may vary).

As you may recall, the Internet has been swooning over this set for more than four years now, making 10188 Death Star

one of the longest-lived LEGO Star Wars sets in history. With most LEGO sets now on the shelves for no more than two years (many for only a fleeting few months), this might be your last chance to pick up this iconic set.

EDIT: Bob notes in the comments that 10212 Imperial Shuttle