We’re not even close to being done featuring all the awesome LEGO models debuted at BrickCon 2012 earlier this month. I had the privilege of hanging out with Catsy as he assembled his LEGO Halo ringworld for the first time right there at the con — it was simply too huge to fully assemble at home!

Nearly three years in the making, Catsy’s ring is built from more than 11,000 bricks and spans just under 5 feet. Catsy tells us that it’s 1,467 mm wide, to be precise. 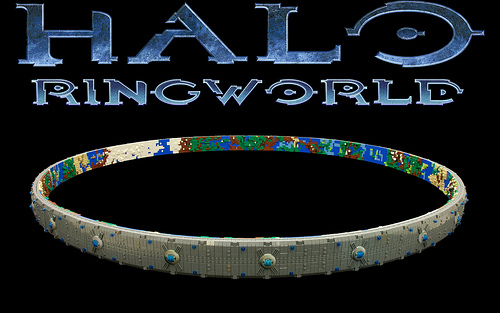 The construction techniques Catsy used to build this took some serious engineering prowess. Here’s Catsy in his own words:

The outer ring (hull) consists of eight more or less identical segments (with minor variations in texture or the use of old gray for contrast), each 72 studs long. The inner ring (landscape) floats freely within the outer ring and stays in place purely by friction and tension.

The photo above shows off the overall detail really nicely, but I just love this next view. 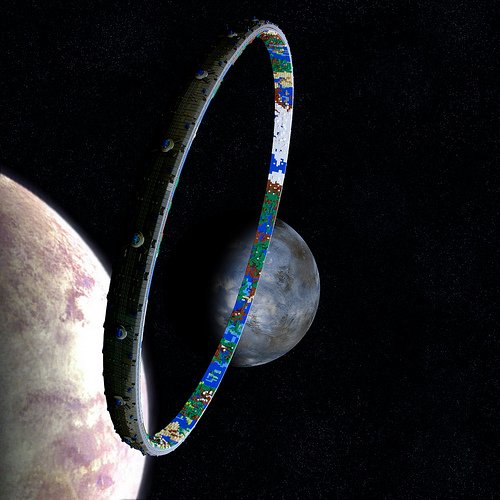