Mike Yoder (M.R. Yoder) has always been one to typically keep us up to date with progress shots of his builds. Case in point, his City Ruins project that Andrew had featured a week or so back. Well Mike pulled a fast one on all of us when he posted his VogStar this past Monday. That ship was quite frankly brilliant in more ways than one and came out of nowhere. But now he totally upped the ante with this Chinese Imperial Flagship which is built on the same general hull frame. The mixing of reds & oranges works so wonderfully well. 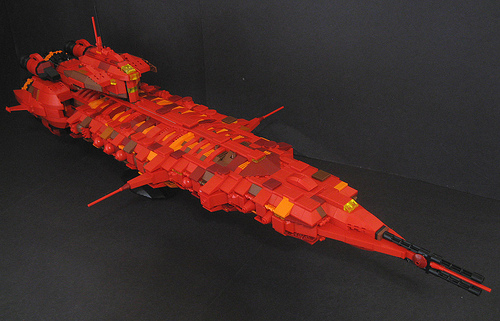 This is a fantastic addition to his Chinese Imperial Navy, again previously featured by Andrew.

With both this and the VogStar, the aft section in particular is designed exceedingly well!! 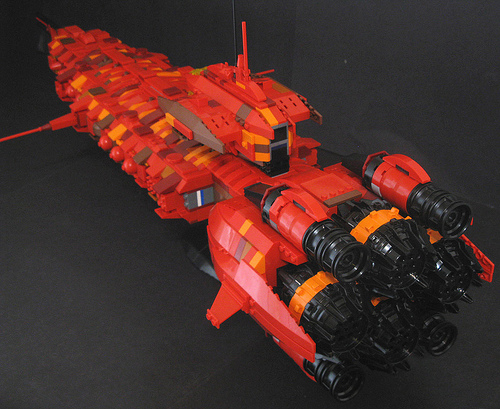