The LEGO set news from San Diego Comic-Con keeps coming, fast & furious. In addition to Bag End, LEGO has revealed a new LEGO Star Wars set, the Rancor Pit from Return of the Jedi. It looks like it comes with Luke, Rancor Keeper, and Gammorrean Guard minifigs (in addition to the Rancor itself). 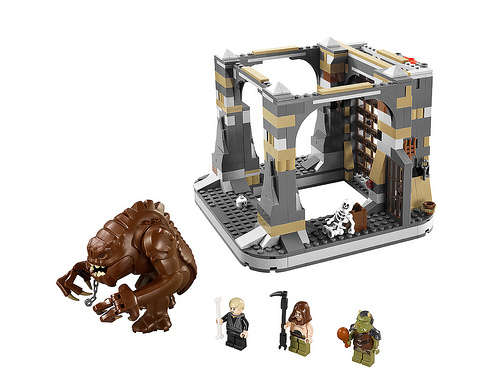 FBTB has more pics from the show floor.

And since we haven’t featured an official picture of the Jabba’s Palace playset here yet, take a look (via Brickset).

It’s not out in the US yet, but our readers in the UK can already pick up 9516 Jabba’s Palace