This is the result of about half an hour or so of experimenting with the mini-dolls from the new Lego “Friends” line, and introducing them to my good friends Hobby Knife, Razor Saw, and Pin Vise.

Some findings, in no particular order (not all of which is new information):

Thanks, Catsy! Mike Yoder has also taken a crack at customizing these new figs, with some pretty badass results. 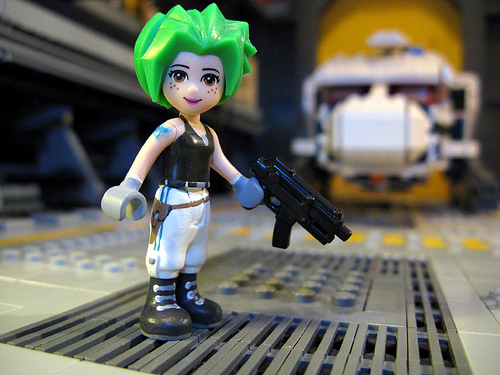