I’m not sure where Brickshelfer grogall has gotten all the official photos of 2012 LEGO sets, but I keep finding more high-res photos of upcoming sets. The latest is the “Dino” line, reminiscent of the Dino Attack/Dino 2010 sets from a few years ago.

5885 Triceratops Trapper includes a tan triceratops with a bulky 4×4 vehicle: 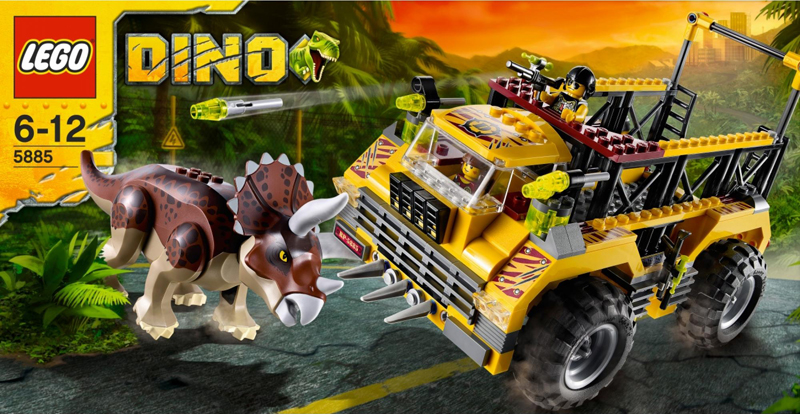 The new dinosaurs reflect the improvements to animal molds and printing we’ve seen recently in other themes. The Tyrannosaurus rex in 5886 T-Rex Hunter looks simultaneously more LEGO-like and realistic (at least compared to the LEGO dinosaurs from the Dino Attack sets). 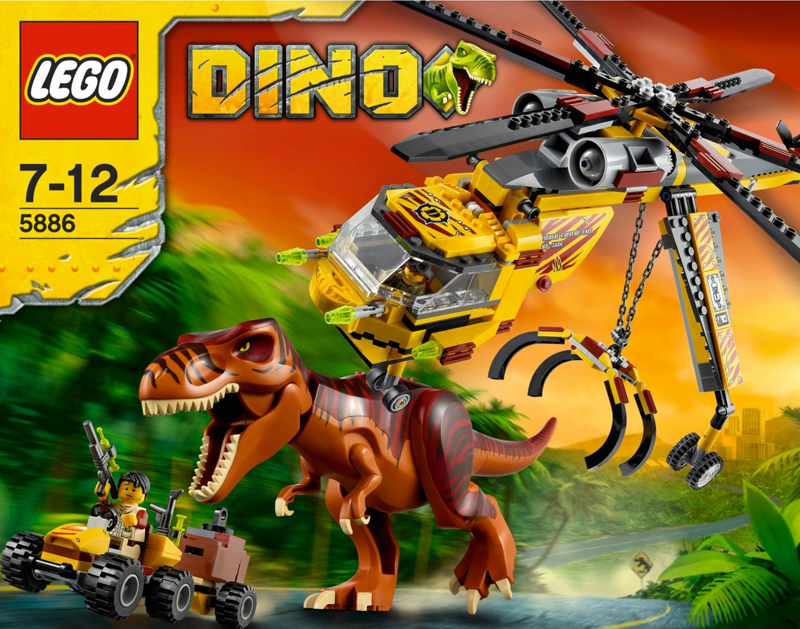 I’ll withhold judgment on the vehicle designs until I see them in person (presumably in January), but I really like what I’m seeing of the creatures.