Someone mentioned during the FBTB+TBB panel at BrickCon on Sunday that they missed the Japanese-focused LEGO models we used to feature, so I was very glad to run across this adorable little van by 1103spa (whose blog features some pretty cool Antarctic vehicles, too). 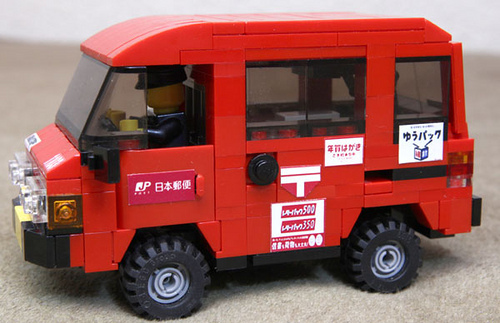