The easy way to write this post would be to make references to a classic 1975 film directed by Mr. Gilliam and Mr. Jones. It would be in poor taste to write, for example, of how the subject of the below creation ignored the protests of his people (“Help! Help! I’m bein’ repressed!”) and how the feeble are disrespected and sent to an early grave.

It would be in further poor taste toss insults of elderberries and make demands for shrubbery. One that’s not too large.

So to avoid such unsavory comments, I will merely leave you with Mr. Tom Williamson‘s visual representation in poor taste of the above: 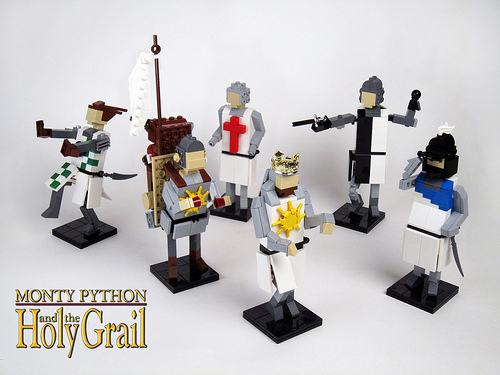 In all seriousness, these are pretty fabulous. If you’d like to see these in person, I have it on good authority that these will be live at BrickCon this year!