In 2005, LEGO Master Builder Erik Varszegi built a massive Venator-class Star Destroyer for Star Wars Celebration III. At 8 feet long, it was the largest LEGO model most of us had seen at the time, and set the bar very high for the likes of Mark Kelso. However, in order to build the Venator strong enough to ship from Enfield, Connecticut to Indianapolis, Indiana, Erik and his fellow model builders had to glue the model and incorporate a steel frame (FBTB has a great interview with Erik). Now, six years later, Sylvain Ballivet has built his own version of Erik’s Venator, except that it’s built from 100% LEGO elements with no glue. 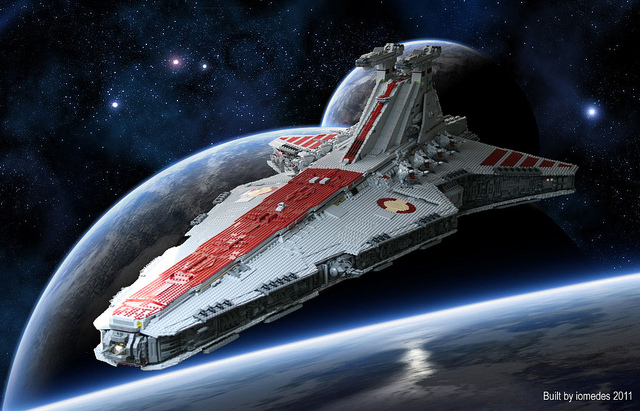 Sylvain’s Venator by the numbers:

Check out lots more photos on Flickr, and this awesome video that really gives you a sense of the scale of this beast: