LEGO M4 Sherman tanks are the single most popular tank to build, so it’s nice to see a builder break out of that mold and reproduce in LEGO a less popular but more interesting tank design. PhiMa does this with the tank that preceded the Sherman, the M3 Grant. 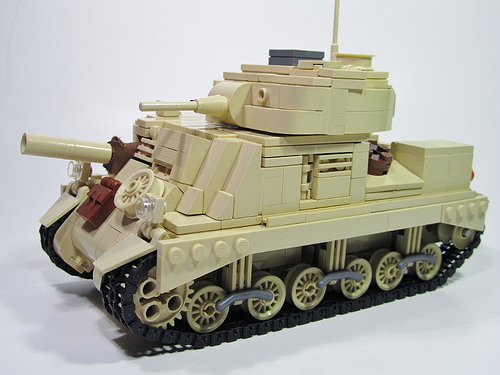 Three reasons I think the Sherman is so popular are because 1) They were the most common tanks by the end of World War II, 2) The convention is to build them in gray (standing in for olive drab) and gray is a fairly common color in LEGO, and 3) The structure above the chassis is fairly straightforward (though the curves are hard to get right in LEGO). In contrast, M3 Grants were used widely by British forces in North Africa, requiring tan instead of gray/olive, and they’re a lot more complex — especially with those two turrets — above the treads.

But PhiMa’s version isn’t just about the pretty exterior; he’s built significant playability features into the model, including a full interior and detailed engine. 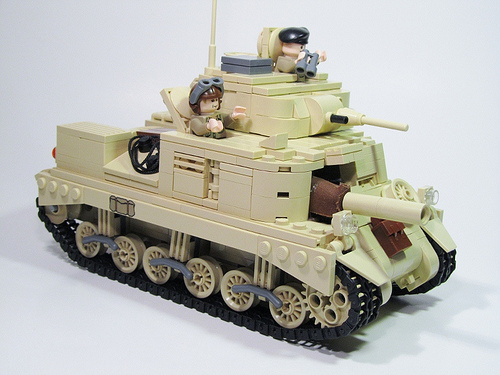