Ed Diment is no stranger to building highly detailed huge models but his USS Intrepid is, I believe, his biggest yet. It’s so big, in fact, that he could never set it all up in his house so it only ever appeared at STEAM 2010. There are so many great details that I’ll leave it as an exercise for the reader to spot them all. 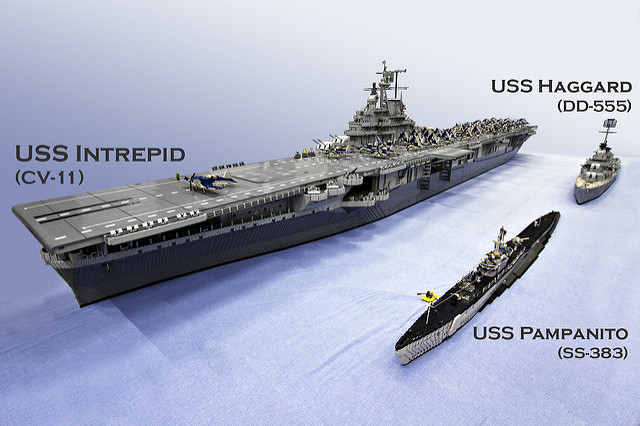 Photograph by Ian Grieg (Bluemoose) with links to all three ships.

What’s even better is that the Intrepid wasn’t left without an escort. Chris Lee (Babalas Shipyards) also brought along his USS Haggard, Gary Davis (Bricks for Brains) added the USS Pampanito and Ralph Savelsberg (mad_physicist) designed the planes. A superb collaboration.