This giant Buzz goes to infinity and beyond.

Sorry, I couldn’t help myself. Actually this giant Buzz, by Johnny Tang is very well done. The articulation, , the square-jawed chin. The green army men are just icing on the cake. Woody doesn’t stand a chance against this space toy! 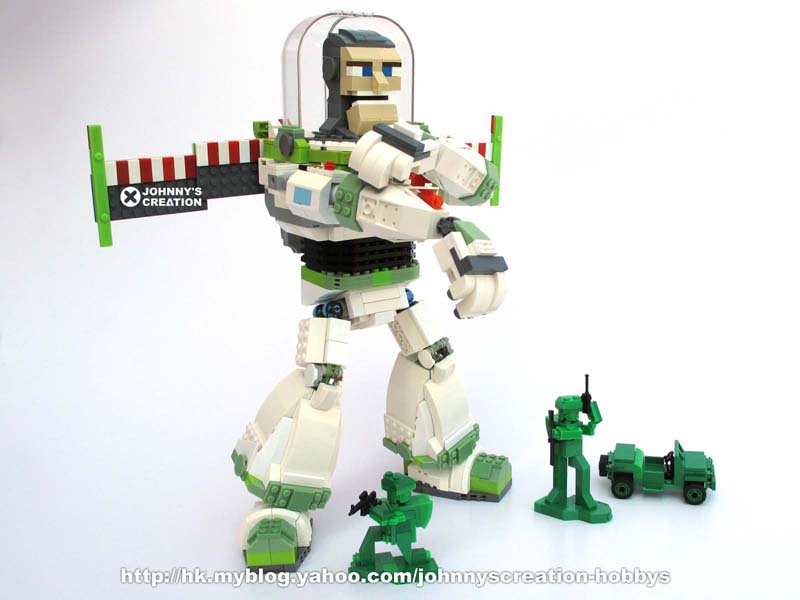 Edit: I posted this earlier and missed the fact that much of the sand-green and lime green is MegaBloks. There may be other MegaBloks that I have missed as well. What is your opinion of creations that use clone brands? Personally, I feel the accomplishment is cheapened. What are your thoughts?

17 comments on ““Buzz Lightyear to StarCommand!””