Important Update: The decoder highlighted in this post only works for the packaging in Europe! For one that’ll work in both North America and Europe, see the Collectible Minifigure barcode decoder for US & EU.

With the upcoming and highly anticipated collectible minifigs, there’s lots of discussion on how to determine which minifig is in each mystery pack. Fortunately, the German website bricks.inof.de has posted some very useful info. Apparently, there is a second barcode on the back of the packaging that is unique for each minifig. You can now print a page showing which barcode corresponds to which fig! 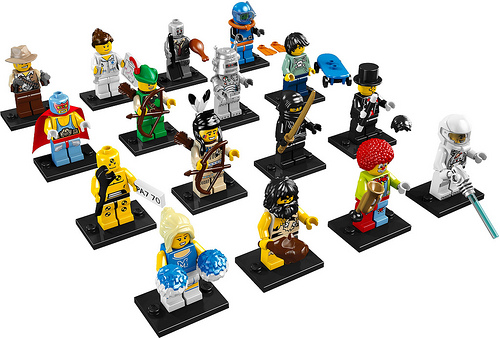 Note: the set of barcodes are different for those released in the US and UK, and the above decoder applies to the packs release in Europe in May. But I’m sure someone will make a new version for the US and UK ones when they’re out, which I believe is in June.