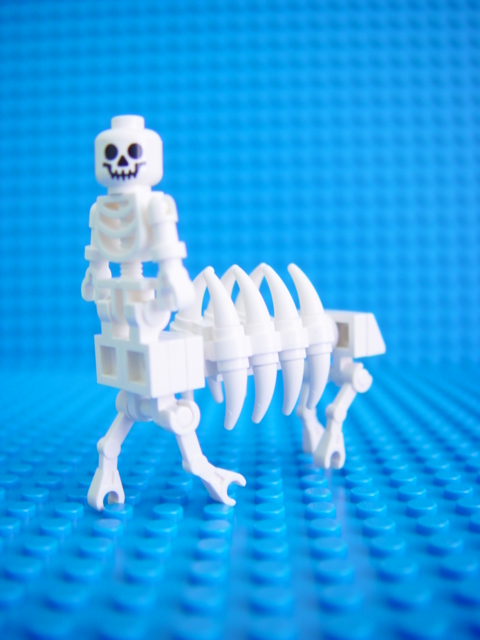 Many remember nnenn‘s Ula-Kit 319 for its dynamic and unorthodox shape, but for others, they remember it as another spark that ignited the controversy surrounding nnenn’s use of modified and clone brand pieces. This spaceship from early 2007 was the third model from nnenn to be blogged on TBB, and already it has been noted for its non-purist construction. You can see examples in the blue tail fins, the textured inverse 2X2 slope in the cockpit, and the stickers that were meticulous cut from colored tape.

Up to this point, nnenn has been an active member of Classic Space Forums, on which he has made four posts in 2005 under his real name before assuming his anonymous identity that took over the community. He gained respect quickly from its members; but unfortunately, his notoriety as a non-purist grew at a faster rate. Later that year, nnenn would leave the forums and start fresh on Flickr, which has become his domain. In an interview on Brickjournal issue 8 a few months later, nnenn shared his views on his controversial building style. 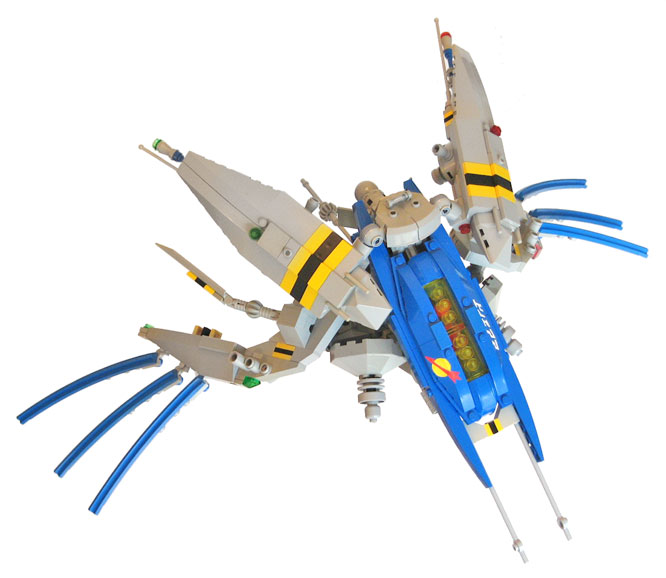 Like the EVN mecha, this model has personal significance for me. I saw it during my freshman year in college at a time when my own building skills were still undeveloped. Seeing nnenn on the fast track to becoming a skilled builder in such a short time aroused my jealousy, and I made no effort to conceal it. From then, nnenn was my mysterious fascination. Like what Tyler Clites has said, he was Bigfoot – his image was blurry and his footprint was large. I too “despised” him.

Be sure to join us in sharing your own thoughts on Nate’s online eulogy.