A recent discussion at LUGNET raised questions about the future of LDraw in the fan community. Oddly enough I feel I’ve seen a resurgence in LDraw work recently but of course like all of us I tend to see what I want to see so I figured I’d throw some questions out to a wider audience. 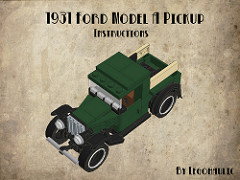 The first question is, obviously, have you ever heard of LDraw? And if you have do you know what it is? Have you ever considered using it but decided against it? If so why? Did you know the parts are all designed by volunteers?

To quickly give an overview it’s a CAD system and associated library designed to let you build LEGO models on your computer. It’s not the editors (those are things like MLCAD, LeoCAD and Bricksmith) or the renderers (like LDView) but the system all of these use and the parts library. Like LDD but more versatile. All the pictures in this article are recent creations designed in LDraw compatible software. 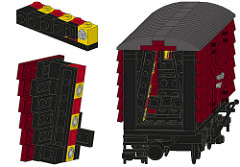 If you are a user I’d really like to know what you use LDraw for? Do you use it to document old models? To make instructions? To make nice pictures? To make things you don’t have the bricks for? To design models you later build in bricks? Other reasons? 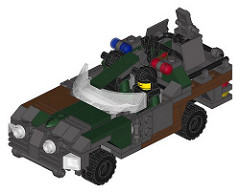 Personally I feel that LDraw has enriched my LEGO hobby immeasurably and I am constantly thankful to all the volunteers who have dedicated their time to making it such a good system. I don’t ever want to see it die a slow death and I don’t think I will. I would, however, like to know what a newer and broader audience thinks.

27 comments on “The future of LDraw?”